When someone sees my picture, I want them to feel a nostalgic feeling to remember their childhood and how short it was. I also want people to realize how short it was and how a few people had experiences a truly happy childhood when they were little.

I want to visit Japan because of the pretty scenery around the island and the fun places they have. I know they have a few rollercoasters based off my favorite animes and I also feel like it would be fun to go on them. I also like the variety of places they have from a peaceful temple and land to a bust city with bright lights. Lastly, I would like to travel here to take good pictures of the places I go.

This picture caught my eyes because I was a bright color and had a lot of good looking candy. I also like how it was in a perfect square and the candy was almost blending into the background.

This picture by NASA, called the Pillars of Creation, was taken on a telescope 6,500 light years away from earth. This picture was taken in 1995 and is of another universe. I chose this picture because I thought it was really pretty, even though I have a fear of space.

This picture by Nilüfer Demir represents a young boy who drowned and washed up on the shore. The war in Syria had led his mom to put his him and his 5 year old brother on a boat to go to a Greece island 3 miles away. I selected this picture because I have never seen it before, but it was really sad when I found out the 3 year old boy in the picture was dead and not just laying down.

This picture by David Jackson was taken after 14 year old Emmett Till had died after being lynched. He had gotten beaten by 2 grown men, shot, and thrown into a river to die. I chose this picture because I always got sad when ever I heard his story because later on the girl who accused him of his “crime” admitted that she was lying to the court.

My inspiration for this picture was horror and temptation. I did this by adding a lot of iconic horror things and eyes around a delicious looking cake. I also added Huggy Wuggy, which is the big blue thing, to add contrast between the green forest and his blue fur. I also added a brighter path towards the cake to add a feeling of safety of surrounded by monsters and eyes. Lastly, my main idea for this piece was a nightmare type of image with creepy eyes.

The photographer I chose to write about is Ansel Adams. I chose him because I had heard of him before and liked the pictures he had. He is known for the black and white landscape pictures he takes in Yosemite Valley in California. Something interesting about him is how he invented the zone system which helps photographers to translate the light that they see in pictures into a negative picture.  His work also involves more mountains and rivers. He was born in 1902 and died in 1984 and was born and dies in California. He became more interested in photography when his aunt gave him a camera in Yosemite Valley as a gift. This was in 1916, and he took many inspiring pictures until 1984 when he died. In 1915, he left his school to educate himself better. He was originally a pianist but the camera he got as a gift had led him to study photography more. After World War II, Ansel Adams had permission to go to the bomb site and take pictures. Those pictures were later put into a museum of modern art and published as born free and equal. In 1952, Ansel Adams became one of the founders of the magazine Aperture. I really like his pictures because they look good with the depth and calmness of the scenery. My personal favorite of his artwork would be any in Yosemite Valley because that place is pretty and is a good spot to take pictures of mountains and rivers. Another thing I like about his artwork is how well placed everything is because there aren’t many spots in his pictures that are empty or have few things in it.

My name is Kira Flores. I’m a Junior at JHHS and I am 17 years old. My favorite flowers are daisies. I like to read manga and swim on my free time. 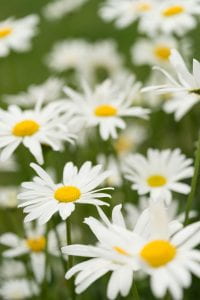